Being transparent about user engagement and quality management approaches 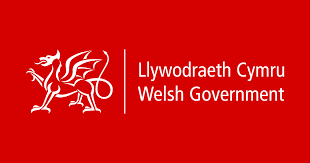 This is a case study for Principle T4: Transparent processes and management.

The Welsh Government produces all official statistics on housing for Wales and engages with a wide range of users and stakeholders on these statistics.

In 2013, statisticians in the Welsh Government refreshed and relaunched an existing user group as the Housing Information Group (HIG). The HIG meets three times a year (two themed meetings and one seminar) and acts as a forum for the Welsh Government, local authorities, housing associations, participating agencies, and the academic housing research community to share views about housing.

The HIG meetings are used to inform stakeholders and users about ongoing developments in policy, data collection and statistics and to discuss future developments to housing statistics. The Welsh Government publishes the agenda, minutes and actions from each meeting on its website.

This demonstrates that the Welsh Government is transparent about its public engagement with users, potential users and stakeholders.

The Welsh Government also publishes a Statistical Quality Management Strategy, which is a helpful document that demonstrates that it is open about its commitment to quality and quality management.

The strategy reflects relevant Code Pillars, Principles and Practices and includes general information about the quality of Welsh Government statistics and the users of its statistics. It describes the Welsh Government’s four Statistical Quality Objectives (quality assurance training, questioning data, publishing quality reports, and reviewing processes and outputs). The strategy explains how it implements the four objectives, contains links to example quality reports, and provides guidance for analysts on checking and validating data.

Adopting a transparent and consistent approach to user engagement and quality management helps the Welsh Government to demonstrate to its users that they can have confidence in its statistical services and products.